When the pressure is on, you need to get creative. In this latest SwagUp client story, see how Snopes used swag to add value to their contributing members while solving for their need of capital.

Sometimes truth is stranger than fiction. Other times, what is presented as truth is merely fiction. So how do you tell?

As the internet’s definitive fact-checking resource, Snopes is on a mission to help their readers find the truth. Through fact checking and original investigative reporting, the team at Snopes uses evidence-based and contextualized analysis to surface up nothing but the facts.

But Founder David Mikkelson and the rest of the Snopes team couldn’t have anticipated how things would change from the fact-checking website’s start in 1995.

At first, Snopes was about debunking legends and rumors. But “people kept asking, do this next, this next, this next,” says Vinny Green, Chief Operating Officer at Snopes, “25 years later, it’s the most popular, most visited fact checking and verification reference site out there. In March 2020, we had almost 38 million visitors on our site.”

As a self funded business, Snopes has had to find innovative ways to sustain operations while engaging with their community. One of those ways was through crowdfunding. “We got into crowdfunding when we launched a GoFundMe campaign in 2017,” Vinny recalls, “We raised over 1.5 million dollars through that initiative.”

But the team at Snopes knew they needed a more sustainable model. The Snopes team had already built out an impressive solution on their site powered by Shopify and with many of the same capabilities of a traditional Kickstarter campaign. But it wasn’t enough – the team was looking for a way to take it a step further.

“One of the things that we’ve wanted to do was to provide reward opportunities to our founding members,” explains Vinny. While Snopes has had a following since its early days on message boards, these founding members are acknowledged to be unique. The title recognizes the members supporting Snopes in this vital phase as they change from a small publication to a formidable media company.

“We’re redefining ourselves in a more sustainable and resilient way. We wanted to put together swag packs, but it was hard to figure out how to pull that off. We’re 100% remote so we don’t have a lot of bandwidth to do this ourselves,” Vinny says. “We needed something automated and effortless.”

This need is how the Snopes team discovered SwagUp.

“I think I got a Facebook ad for SwagUp,” Vinny says, “I hate to give them credit for that. But, I think that’s what it was or it was LinkedIn, or something like that. And I was like, man, that’s really what I’m looking for! I’ve crafted campaigns previously at different organizations and swag is the worst part. It’s really hard. We’re a fact checking organization, we’re a news business. We are not a ‘shipping and logistics’ and ‘sourcing and putting together gifts’ business.”

The Snopes team was excited. “SwagUp looked like it had all the things that we needed and wanted, and the products were better than what you get from print on-demand services,” says Vinny.

“We felt really good about the quality of the merchandise that was going to end up in people’s hands and we wanted it to be an experience. We wanted people who were able to contribute at that high dollar amount to really get something enjoyable when they got it in the mail.”

“And what we came up with was a flat black swag box that says ‘The truth never looked so good.’ You open it and it contains really well designed, Snopes-themed gifts. We’ve shipped 98% of all of our boxes already. We were on time and it’s been effortless.”

We’re redefining ourselves in a more sustainable way. We wanted to put together swag packs, but it was hard to figure out how to pull that off. We’re 100% remote so we don’t have a lot of bandwidth to do this ourselves. We needed something automated and effortless.

The campaign was a smashing success. Snopes swiftly pivoted from a business based on 100% advertising revenue to a model almost 50/50 between reader direct revenue and programmatic advertising. With this win, the team at Snopes has the confidence to pursue more opportunities with swag. “Now we have this situation where we’ve been able to buy quality swag with precision. We bought all the swag that we needed. We hit minimums that we needed. We didn’t buy too early, we didn’t buy too much. Matter of fact, we have no inventory left,” Vinny says.

Snopes is incredibly excited to share their experiences with others that could benefit. “How can we figure out a way to terraform the entire media ecosystem?” Vinny wonders, “Let’s figure out a way to get every single news organization, large or small, to be able to just tap into opportunities like this, where they can directly enlist their community.”

The Snopes story is almost the stuff of legend. Snopes has seamlessly built SwagUp into a system that allows them to instantly spin up crowdfunding campaigns for initiatives. “[We] put a pack together and, within 30 days, we’re crowdfunding and, within another 30 days, delivering rewards,” Vinny says.

“When you’re bootstrapping a company like this, you build what works for you and what’s practical,” Vinny says. “How do you build a 100% remote news business that defies every adverse condition that other news businesses experience? You build stuff like this.”

How do you build a 100% remote news business that defies every adverse condition that other news businesses experience? You build stuff like this.

Interested in how you can use swag to crowdfund? Talk to a Swag Expert today!

🚀 Get Started With SwagUp 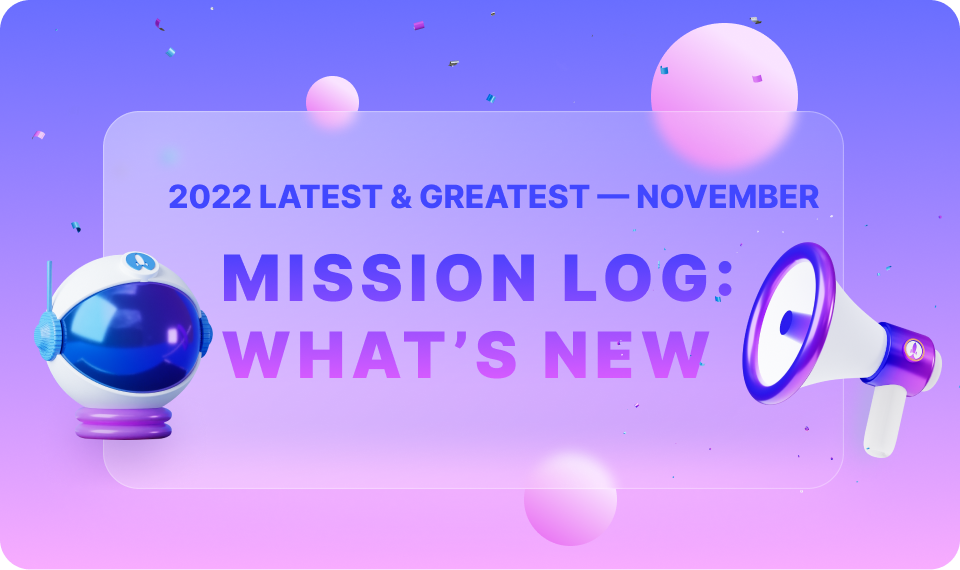 New at SwagUp in November. We’ve been hard at work behind the scenes making improvements to our product. From new featur... 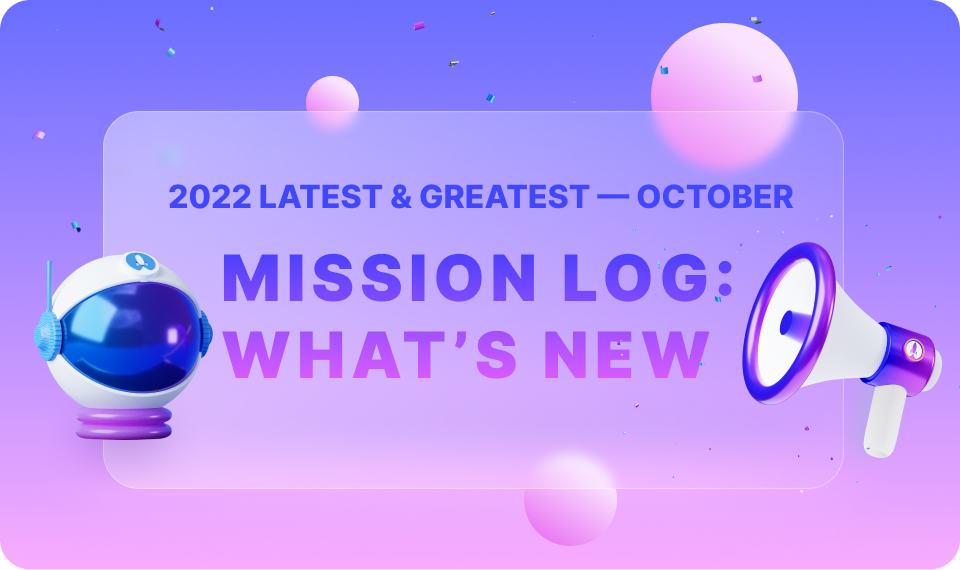 We’ve been hard at work behind the scenes making improvements to our product. From new features, to changes and bug fixe...

We’ve been hard at work behind the scenes making improvements to our product. From new features, to changes and bug fixe...

SwagUp was recognized by G2.com's quarterly Grid Report for the Fall 2022 reporting period. See what badges we received ...

Meet Products Tab: the easiest way to quickly launch new swag orders from previous designs, and faster than it takes to ... 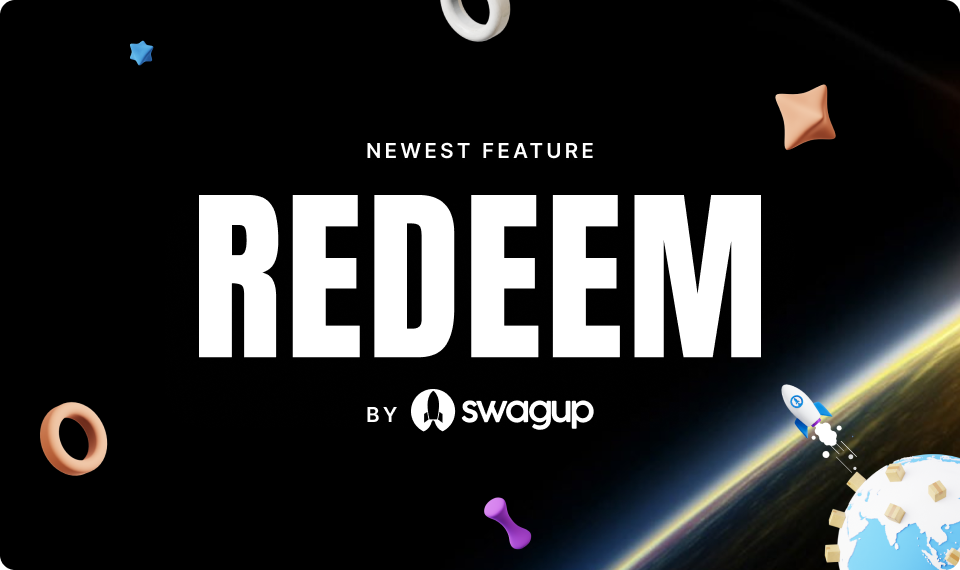 The Simplest way to Send Swag to Recipients Around the Globe – SwagUp Launches Redeem!

What's New at SwagUp this July? Welcome back to Mission Log, our product updates series at SwagUp on the latest and grea... 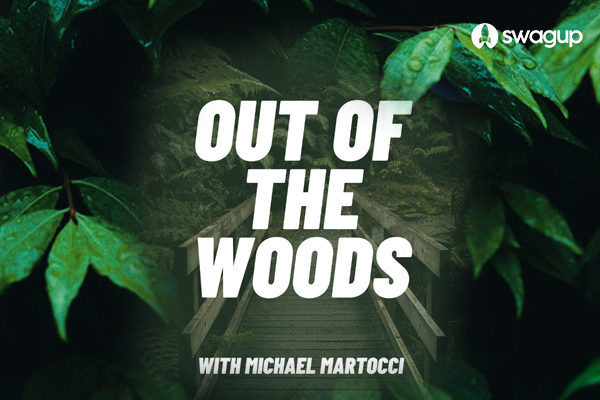 SwagUp Founder Launches Podcast: Out Of The Woods

The startup game has changed and Only the most agile will make it to the other side. Out of the Woods is a show where we...

Keep up with the latest product updates from SwagUp in June! Rush Production is Back in Business. Plus: Integrate Swagup...